The Collect for The Epiphany of the Lord 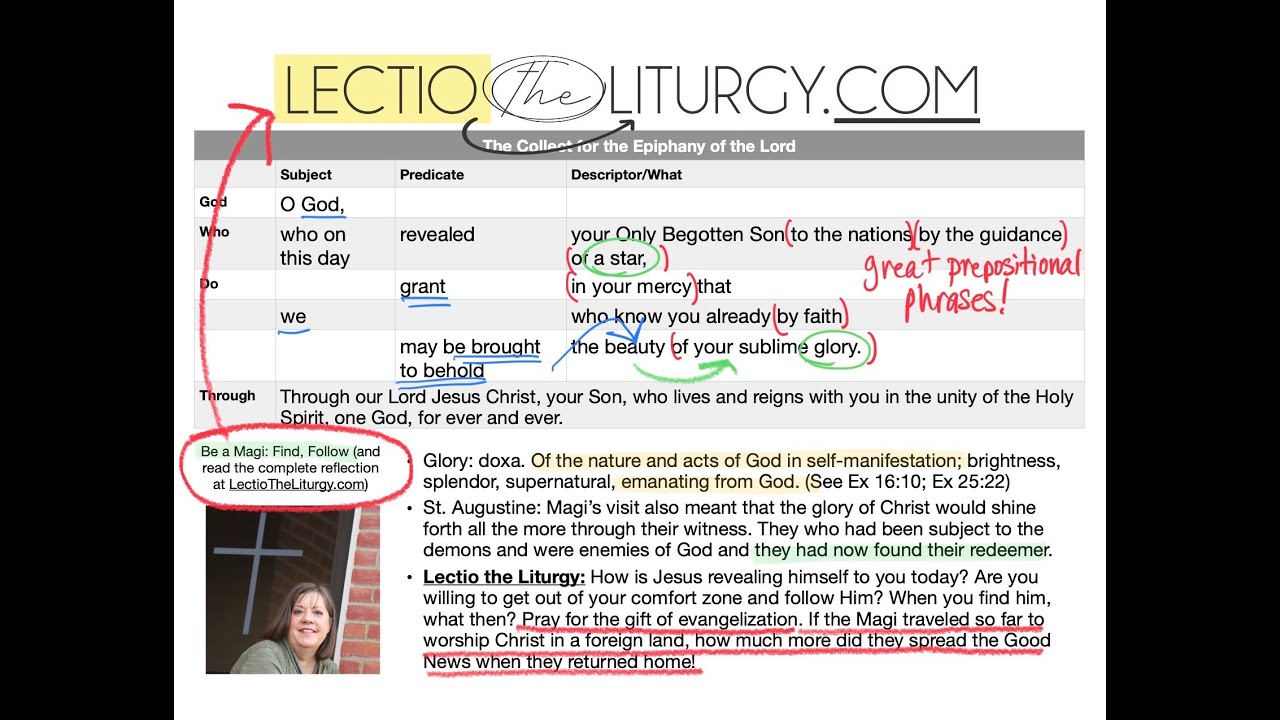 O God, who on this day revealed your Only Begotten Son to the nations by the guidance of a star, grant in your mercy that we, who know you already by faith, may be brought to behold the beauty of your sublime glory. Through our Lord Jesus Christ, your Son, who lives and reigns with you in the unity of the Holy Spirit, one God, for ever and ever.

This week: star and glory.

Star: Social media lit up with pictures of the conjunction of Jupiter and Saturn, also called the Christmas Star, that was visible December 21. As I glanced through some the pictures, I noticed that none of the people posting a picture said that they got in their car and decided to follow the Christmas star.

Glory: Glory comes from the Greek word “doxa” (doxology may come to mind here) and has some interesting definitions:
-of the nature and acts of God in self-manifestation, i.e., what He essentially is and does, as exhibited in whatever way he reveals Himself in these respects, [His star],
-brightness or splendor, supernatural, emanating from God (as in the shekinah "glory," in the pillar of cloud and in the Holy of Holies, e.g., Exo 16:10; Exo 25:22),
-natural, as of the heavenly bodies

Was the star the wise men followed really a star?

St. John Chrysostom wrote that the star was an angelic power is apparent from the fact that it shone even by day, that it moved as they moved, and stood still as they rested. It also moved from Persia in the north to Jerusalem in the south, and a star never moves from north to south. The star was also visible, hid itself when they entered Jerusalem, and then appeared again when they left Herod.

Theophylact of Ochrid wrote, “God used what was familiar to the Magi to draw them in.” If there’s two things that the Magi knew about it was stars and kings. Remember how Jesus astonished Peter the fisherman? With the multitude of fish he caught by the name of Christ.

Also remember that the Magi may not have been very holy people. The name Magi (Magus) was given to the wise men, teachers, priests, physicians, astrologers, seers, interpreters of dreams, soothsayers, sorcerers etc. However, the Magi’s visit also meant that the glory of Christ would shine forth all the more through their witness. They who before had been subject to the demons and were enemies of God and they had now found their redeemer. (St. Augustine)

We, who know you already by faith, may be brought to behold the beauty of your sublime glory.

How can you be a Magi? Two things:

1. Find what has God placed before you to draw you in. This is where you may need some honest discernment. Be sure that what you’re following is of God and approved by the Church. There is nothing that Satan wants more than to distract you, to keep you just a few degrees off of the truth. I’ve seen plenty of ministries and books and people who are following something that’s close, but they’re on the verge of leaving the Church if they don’t get what they want. Realize that to make the decision to follow something that goes against Church teaching is to make the decision the you are your own church.

2. Follow. The Magi did not sit back and say, “that’s a cool light!” They had been on the lookout for the arrival of a new King, they knew he would be shown by a light. They were watching. When they saw it, they got out of their comfort zone and followed. Pope Francis said that even the priests and scribes, who had the ancient texts and knew the prophesy, were able to tell Herod exactly where to go, yet made no move themselves. Their temptation, the Pope said, is the same as those who have grown accustomed to being believers: “they can talk at length about the faith they know so well, but will not take a personal risk for the Lord.” (emphasis mine.)

Lectio the Liturgy: How is Jesus revealing himself to you today? Are you willing to get out of your comfort zone and follow Him? When you find him, what then? Pray for the gift of evangelization. If the Magi traveled so far to worship Christ in a foreign land, how much more did they spread the Good News when they returned home!